Public higher education is disintegrating under misguided neo-liberal reforms. Could co-operative universities, member-run and member-owned, be the answer? 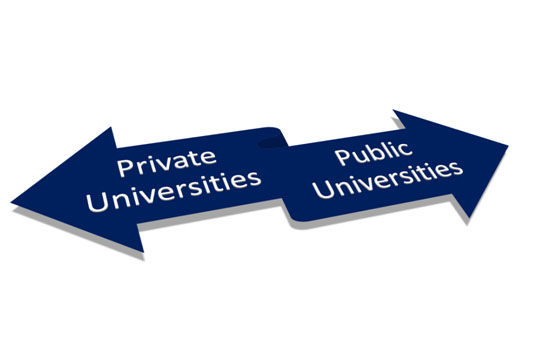 As Andrew McGettigan concluded in Arena:

I am frequently asked, ‘what then should be done?’ My answer is that unless academics rouse themselves and contest the general democratic deficit from within their own institutions and unless we have more journalists taking up these themes locally and nationally, then very little can be done. We are on the cusp of something more profound than is indicated by debates around the headline fee level; institutions and the sector could make moves that will be difficult, if not impossible, to undo, whether it is negotiated independence for the elite or shedding charitable status the better to access private finance.”

We can argue against the performativity of the Research Excellence Framework, or the precarity of academic labour; about the withdrawal of funding and the marketisation of higher education. But if we are to have the universities we want to work in we must reconstitute their ownership and governance in a way that will permit democratic decision-making in the first place. One such response is that of member-owned and member-run co-operatives for higher education: Co-operative universities.

Since the mid-nineteenth century, ‘Co-operators’ have built a worldwide social movement of member-owned organisations based on the common ownership of property and its democratic governance. Education has always been a core principle, alongside open membership, autonomy and independence, solidarity with other co-operatives and concern for community. The internationally agreed co-operative values are self-help, self-responsibility, democracy, equality, equity, and solidarity.

Co-operatives are not a panacea for the forces of neo-liberalism or the ambitions of some managers and administrators, as we’ve seen with the debacle in the UK Co-operative Group. However, there are deep historical and social resources to draw upon within the co-operative movement that can help us rethink the way our universities are run and the institutional form that they take.

Critics of the ‘co-operative university’ have questioned our commitment to the idea of the ‘public university’. Indeed, co-operatives are anti-statist, but they also exceed the idea of ‘public ownership’ with that of ‘common ownership’, a social form of property that is the antithesis of the right of free alienability (which distinguishes capitalist private property). In short, co-operative higher education is entirely compatible with the idea of the ‘public’ if we reconceive it as an autonomous, open, democratically governed ‘commons’: An academic commons, democratically controlled by academic and support staff, students, cleaners and others.

A longer version was published on opendemocracy: https://www.opendemocracy.net/democratically-controlled-cooperative-higher-education