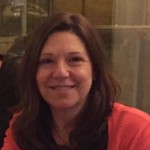 Ana Cecilia Dinerstein teaches political sociology in the department of Social and Policy Sciences at the University of Bath, UK. She has a degree in Politics from the University of Buenos Aires, and an MA and a PhD degree from Sociology, at the University of Warwick, where she subsequently held a four-year lectureship to teach political sociology at undergraduate and postgraduate levels before coming to Bath in 2002. She has published extensively on Argentine and Latin American politics, autonomy, subjectivity, labour, social and indigenous movements, emancipatory struggles and the politics of policy. Her research seeks to understand and explain the means by which labour, social movements and ‘hope’ movements in Latin America but not exclusively articulate alternative praxis and horizons, or ‘concrete utopias’ in, against and beyond capitalist, patriarchal and colonial society. Ana's work challenges the 'claim-making' definition of the role of social movements by shifting the focus towards their constitutive function as vehicles for the creation of 'alternative' (new) worlds and their capacity to inspire social scientists to adopt the principle of hope as a method of critique and enquiry of social reality. Ana has written books, journal articles and book sections for academic and non-academic audiences on issues of labour and social movements, movements of protest, social emancipation, and Marxist theory, and the politics surrounding policy implementation, including the use of state violence. She is internationally known for her work on Open Marxism and her research on labour and labour subjectivity, Argentine politics and the Movement of Unemployed Workers, and the impact of autonomous organising on democracy and policy making. She is member of associate and advisory boards of Historical Materialism (London), Sociología del Trabajo (Madrid), Observatorio Latinoamericano and Herramienta (Buenos Aires). Her main publications include The Labour Debate (2002), translated into Turkish (2006) and Spanish (2009), La Ruta de los Piqueteros. Luchas y Legados (2010) and The Politics of Autonomy in Latin America: The Art of Organising Hope (2015). She is a Research Partner of the New Politics Project (2016-2020) run by the Transnational Institute (Amsterdam) and Convenor of the new international research-activist group Women on the Verge. She has a forthcoming edited collection titled New Social Sciences for An Other Politics: Women Theorising without Parachutes (Palgrave Macmillan, 2016).