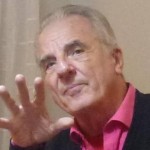 Dave Hill is Programme Leader for the MA in Education (Leadership, Management and Change) and Dissertation leader for that programme. He alsoguests on `race' and class for the year 3 Primary QTS module `Diversity and Inclusion'. He is Visiting Professor of Education at the University of Athens, Greece and is also Visiting Professor of Critical Education Policy and Equality Studies at Limerick University, Ireland. He co-founded and chaired the Hillcole Group of Radical Left Educators, 1989-2002, and is founding editor and chief editor of the open access and peer refereed scholarly international journal, the Journal for Critical Education Policy Studies (www.jceps.com) , which has had over half a million downloads since 2003. Between 2006-2010 he chaired / programme chaired the Marxist Analysis of Schools and Society Special Interest Group of the American Educational Research Association (AERA).

He has published 17 books to date, and over a hundred book chapters and refereed journal articles, as well as shorter polemical and activist pieces. Much of his writing is available online at www.ieps.org.uk . Dave Hill is a socialist political activist, and has fought ten elections, including two (1979, 1987) as Labour Parliamentary candidate (in Brighton Pavilion constituency), and one (2010) as the parliamentary candidate of a socialist coalition, the Trade Unionist and Socialist Coalition. He was also a Borough Councillor in Brightonand County Councillor in East Sussex, and was, for a time, a Labour Group Leader, and, effectively, joint leader of a local authority Education Committee... He was also an elected regional trade union chair for the lecturers' union, NATFHE (Higher education), and a long-time union elected union branch chair /shop steward.

He lectures world-wide to academic and activist audiences. conferences, and has addressed academic conferences in India, Australia, USA, Canada, Taiwan, South Africa, Slovenia, Greece and most countries in Western Europe.