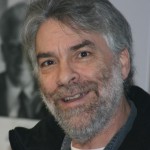 Denis O'Hearn was trained as an economist and sociologist at the University of Michigan, where he received his Ph.D. in 1988. He worked for a number of years in the Sociology Department at the University of Wisconsin - Madison, where he was Associate Professor, and at Queens University Belfast, where he was Professor of Economic Change. He has been Fulbright Professor of Sociology at University College Dublin and visiting scholar at several universities in the US, Europe and Japan. He has been on the Board of the Centro de Estudos Sociais in Coimbra, Portugal; the Board of Experts of the Esercizio di Valutazione Nazionale della Ricerca in Italy; the PEWS Council of the American Sociological Association; and the National Board of Advisers, Freedom University Georgia. He has been Visiting Expert Professor, Université de La Réunion; Visiting Professor, Department of Sociology, Bogazici University, Istanbul; Keough Visiting Fellow, The Keough-Naughton Institute for Irish Studies, University of Notre Dame; Visiting scholar, Institute of Comparative Economic Studies, Hosei University, Tokyo, Japan; Visiting scholar, Centro de Estudos Sociais, Coimbra, Portugal; and Visiting Professor, Department of Sociology, University College Dublin.
His scholarly interests are in the sociology of economic change, Marxian and anarchist political economy, imprisonment, and exilic societies. He has published extensively in journals such as the American Journal of Sociology, American Sociological Review, Social Problems, Politics & Society, British Sociological Review, and elsewhere. His biography of Bobby Sands,Nothing but an Unfinished Song has appeared in multiple English editions and in French, Basque, Turkish, and Italian. His books have received many awards including the International Award ‘Citta ‘di Cassino Letterature dal Fronte,’ Italy; the Alessandro Tassoni Prize, Italy; and the American Sociological Association PEWS Distinguished Scholarship Award.
His latest book, with Andrej Grubacic, is Living at the Edges of Capitalism: Adventures in Exile and Mutual Aid (University of California Press, 2016).