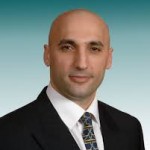 Dimitris Lascaris is a Siskinds partner and is the leader of Siskinds’ Securities Class Actions Group. He graduated from the University of Toronto Faculty of Law in 1991, and was admitted to the bar of the State of New York and the Federal District Court for the Southern District of New York in 1992, and the Law Society of Upper Canada in 2004. Before joining Siskinds, Dimitris practiced securities law in the New York and Paris offices of a major Wall Street law firm.

Mr. Lascaris has been lead or co-lead counsel in the many  class actions (

He speaks English, French and Greek.