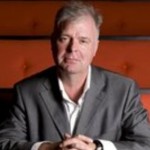 Mike Neary is a Professor of Sociology in the School of Political and Social Sciences at the University of Lincoln. Previously he was the Dean of Teaching and Learning at the University of Lincoln from 2007 - 14, Head of the Centre for Educational Research and Development 2007 - 2012 and Director of the Graduate School 2011 - 2014.  He, also, taught Political Sociology at the University of Warwick 1993 - 2007. He  was awarded a National Teaching Fellowship by the Higher Education Academy in 2007.  The Students’ Union at Lincoln granted him honourary life membership in 2014 for his work with students. He is a founding member of the Social Science Centre, Lincoln, a co-operative providing free public higher education.