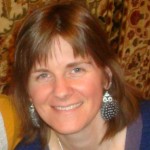 Sarah Amsler is a sociologist, critical theorist and reader in education at the University of Lincoln in the UK. She is also a member of the Social Science Centre, an autonomous higher education co-operative (http://socialsciencecentre.org.uk). Her work centres on the politics of knowledge, education, political economy and cultural practice. She uses critical theory and research to understand how these shape the formation of individual and collective subjectivities, the consolidation of and resistance to political-economic and cultural domination, and the material and symbolic organisation of both everyday life and political possibility. She is particularly concerned with the pedagogical dimensions of neoliberal forms of power and powerlessness; the cultural and material politics of radical democracy, particularly in its prefigurative and dissensual forms; the place of knowledge and education in Frankfurt School, post-structuralist and anarchistic traditions of critical theory; the educative qualities, ethical demands and embodied experience of co-operative, utopian and radical-democratic politics; the activation and advancement of critical philosophy, theory and pedagogy in educational work and activism; and the recognition of politico-educative practice as a primary site of political formation and transformation, whose theorisation is central to the critique of capitalism and authoritarian social logics. She has special interests in the work of Theodor Adorno, Ernst Bloch and Herbert Marcuse; feminist, Marxist and anarchistic theories and practices of critical pedagogy; the critical sociology of knowledge and education; and the relationship between critical philosophy, research and political formation. Recent publications include The Education of Radical Democracy (2015) and co-edited Acts of Knowing: Critical Pedagogy In, Against and Beyond the University (with S. Cowden, J. Canaan, S. Motta and G. Singh, 2013). Links to her other writing are available at http://amsler.blogs.lincoln.ac.uk.