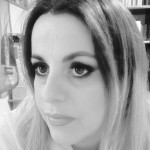 Aimilia has taught as Adjunct Lecturer at the University of the Aegean in Greece but as many other scholars she has lost her job due to the austerity measures of the Greek government, after which she migrated to Turkey where she worked as assistant professor at Fatih University. She is currently assistant professor at Abdullah Gül University. She studied social anthropology both at the University of the Aegean and at the University of London (SOAS and UCL). Her research interests focus on social movements, with a particular emphasis on their environmental (or, more accurately, transenvironmental) activities; in other words, the activities of collectivities which consider the environment as a societal issue. Just as it is considered by the protesters of Gezi park in Turkey, where she has conducted a fieldwork amongst groups, like those who participated in the Gezi park protests. Her research, as well as the activities of such movements is work in progress.