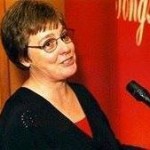 Helena Sheehan is a philosopher, historian and political activist over many decades. She is emeritus professor at Dublin City University in Ireland, where she has taught history of ideas and media studies. She is author of such books such as: Marxism and the Philosophy of Science: A Critical History (1987, 1993), Irish Television Drama: A Society and Its Stories (1987, 2001) and The Continuing Story of Irish Television Drama: The Time of the Tiger (2004). She has published many articles on politics, culture and philosophy. She has also been a talking head on the mass media and public lecturer on these topics.  These days she actively participates in social media discussion of such topics.

She was born in the USA and entered the convent after high school. She questioned all her received views and became an atheist and a communist. She was awarded her PhD in philosophy at Trinity College Dublin, but also studied at the International Lenin School during that time. She has been active in left politics since the 1960s, starting with the US new left and moving to the European old left, belonging to national liberation movements as well as social democratic and communist parties. Her academic and political activities have taken her to the USSR and Eastern Europe, Western Europe, South Africa, Cuba and Mexico.

Her book on Greece entitled The Syriza Wave traces her engagement with the Greek left from 2012 to 2016, focusing on the rise and fall of Syriza. It combines travelogue and theory, experience and reflection. It is also a comparative analysis of the crisis in Greece and Ireland. It will be published by Monthly Review Press in 2016. She is currently writing a book called Navigating the Zeitgeist, striving for something more than memoir, aiming to produce a work of intellectual, social and political history within a narrative frame of autobiography, encompassing the cold war, catholicism, academe, the new left, feminism, socialism, marxism, postmodernism, the downfall of socialism in Eastern Europe, the neoliberalisation of universities, post-apartheid South Africa, the economic crisis, the occupy movement, the reconfiguration of European left and whatever might yet happen.