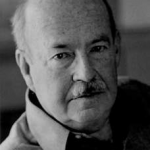 Moishe Postone (born 1942) is a Canadian Marxist historian, philosopher and political economist. He is Professor of History at the University of Chicago, where he is part of the Committee on Jewish Studies.
Moishe Postone, son of a Canadian Rabbi, received his Ph.D. from Johann Wolfgang Goethe-University in 1983.
His research interests include modern European intellectual history; social theory, especially critical theories of modernity; twentieth-century Germany; anti-Semitism;[1] and contemporary global transformations. He is co-editor with Craig Calhoun and Edward LiPuma of Bourdieu: Critical Perspectives and author of Time, Labor and Social Domination: A Reinterpretation of Marx's Critical Theory. He is also co-editor with Eric Santner of Catastrophe and Meaning: The Holocaust and the Twentieth Century, a collection of essays that consider the meaning of the holocaust in twentieth-century history and its influence on historical practice. Postone's work has had a large influence on the anti-Germans.
He was originally denied tenure by the University of Chicago's Sociology Department, sparking a great deal of public resentment from graduate students whom he had been involved in teaching. He was later granted tenure by the History Department.
Today Moishe Postone is the Thomas E. Donnelley Professor of Modern History and co-director of the Chicago Center for Contemporary Theory.