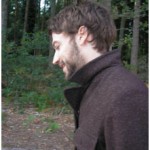 R.C. Smith is a researcher, lecturer and teaching-scholar in Philosophy of Science. He is currently the author of several books and over 100 academic articles, includingSociety and Social Pathology (Palgrave, 2017).  A number of his research papers have been included on various course reading lists at a number of universities in Europe and North America.

With a passion for science and philosophy, Robert spent most of his twenties developing and practicing an extensive cross-disciplinary and cross-field research program spanning the many intersections of natural science, social science, humanities and history. This included the pursuit of broad cross-disciplinary knowledge ranging widely from physics, biology and cognitive science to anthropology and psychology. In 2016, he announced that he will be focusing explicitly on a new “several year-long research and study program” in Philosophy of Science. This research period will begin with a substantial paper on normativity co-authored with Arnold De Graaff. During this several year-long research period, Robert will also be focused on the pursuit of a new degree in Natural Science, with a particular focus in Physics.