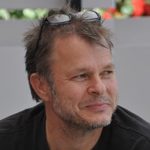 Teivo Teivainen is professor of World Politics at the University of Helsinki. Having received his PhD in 2000 at the University of Helsinki, Teivainen became the founding director of the Program on Democracy and Global Transformation at the National University of San Marcos, in Lima, Peru in 2003.
In 2006, Teivainen was nominated as a full professor of the University of Helsinki. In his inaugural presentation on 30 May 2007,Teivainen demanded for open and analytical debate on the relationship between capitalism and democracy. He emphasized the problematic nature of capitalism analysis in Finland, which he saw partly as a result of the geopolitical position of Finland. In addition, he characterized the discipline of World Politics as a field that should take seriously the political nature of non-state actors such as transnational corporations and social movements.