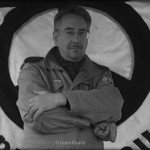 John Rees (born 1957) is a British political activist, broadcaster and writer who is a national officer of the Stop the War Coalition, a spokesman for the People's Assembly Against Austerity, and founding member of Counterfire. He is currently a Visiting Research Fellow at Goldsmiths, University of London.

He was formerly a leading member of the Socialist Workers Party. His books include Timelines, a political history of the modern world and A People's History of London, co-authored with Lindsey German.